Tuscany, 1259. As wealth from crafts and foreign trade elevated northern Italy’s urban families above the landed lords, rivalries within and among their cities hardened into conflict between two great parties. Ghibellines aligned with the Hohenstaufen imperial dynasty that ostensibly ruled Italy, while Guelphs backed rival imperial claimants and the greatest challenger to each Emperor’s authority, the Pope. Should any faction gain advantage, others coalesced to resist.

The comuni (republics) of Firenze (Florence) and Siena dominated inland Tuscany at the head of these competing alliances. As Guelphs sealed their control of the populous Firenze, Ghibelline Siena turned to Hohenstaufen King Manfredi of Sicily for reinforcement. Local rebellions and reprisals escalated on each side, as political exiles stirred the pot. After Manfredi dispatched German knights to protect his loyal Tuscans, Firenze mustered its people and allies to march on Siena, which responded with its own great army. Pisa and Lucca, Lombardia and Orvieto joined in. Guelph and Ghibelline in September 1260 at last faced off en masse in the center of Tuscany, at Montaperti—the result,  a bloody Florentine defeat. But when Ghibelline exiles returned as masters of Firenze, its Guelphs rallied to Lucca and Arezzo, portending an eternal conflagration.

Inferno—the third volume in Volko Ruhnke’s Levy & Campaign Series—fires up the cauldron 13th-Century Tuscan warfare, factional conflict fueled by the gold florins and teeming populations of up-and-coming cities and well-to-do valleys. Expert Italian wargame designer Enrico Acerbi brings the age to life within Volko’s accessible medieval-operation system. Gathering transport and provender may not be as much the challenge here as the sudden treachery of rebel towns and castles along key roads. Italy’s plundering berrovieri horsemen, famed elite crossbowmen, and distinctive palvesari shield bearers are just a few of the unique inhabitants of this volume. Muster, mount up, and find out whose blood will make the Arbia run red! 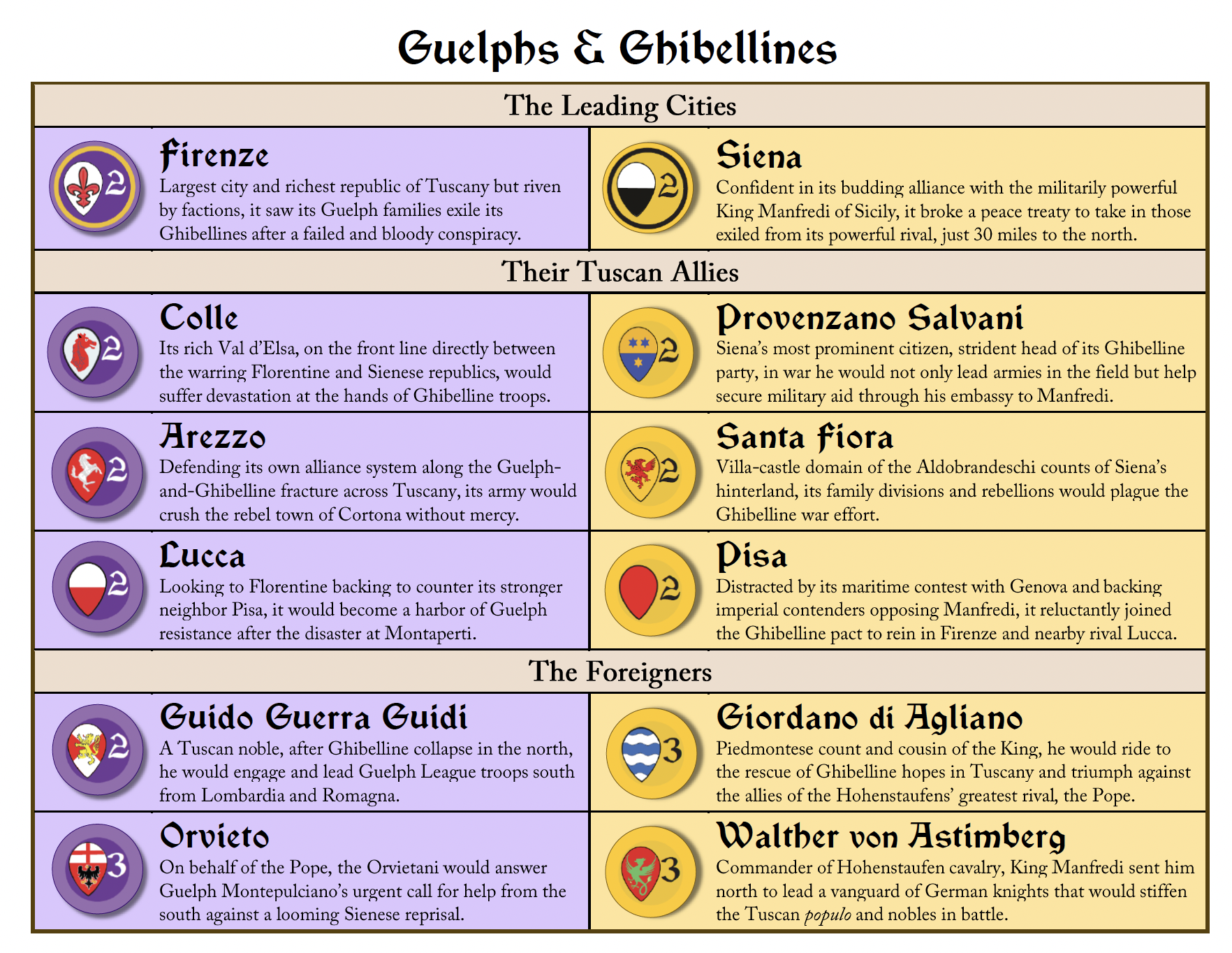 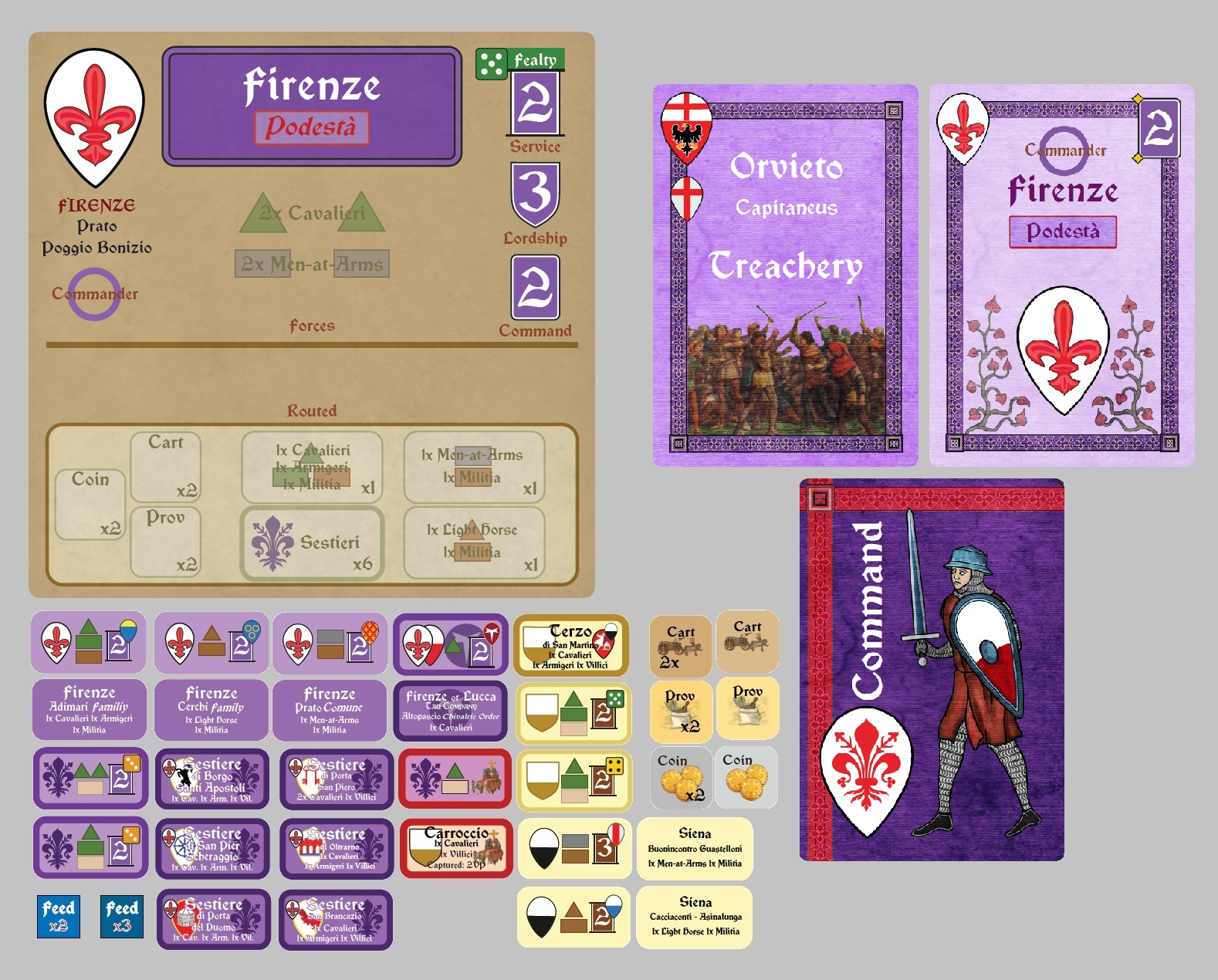 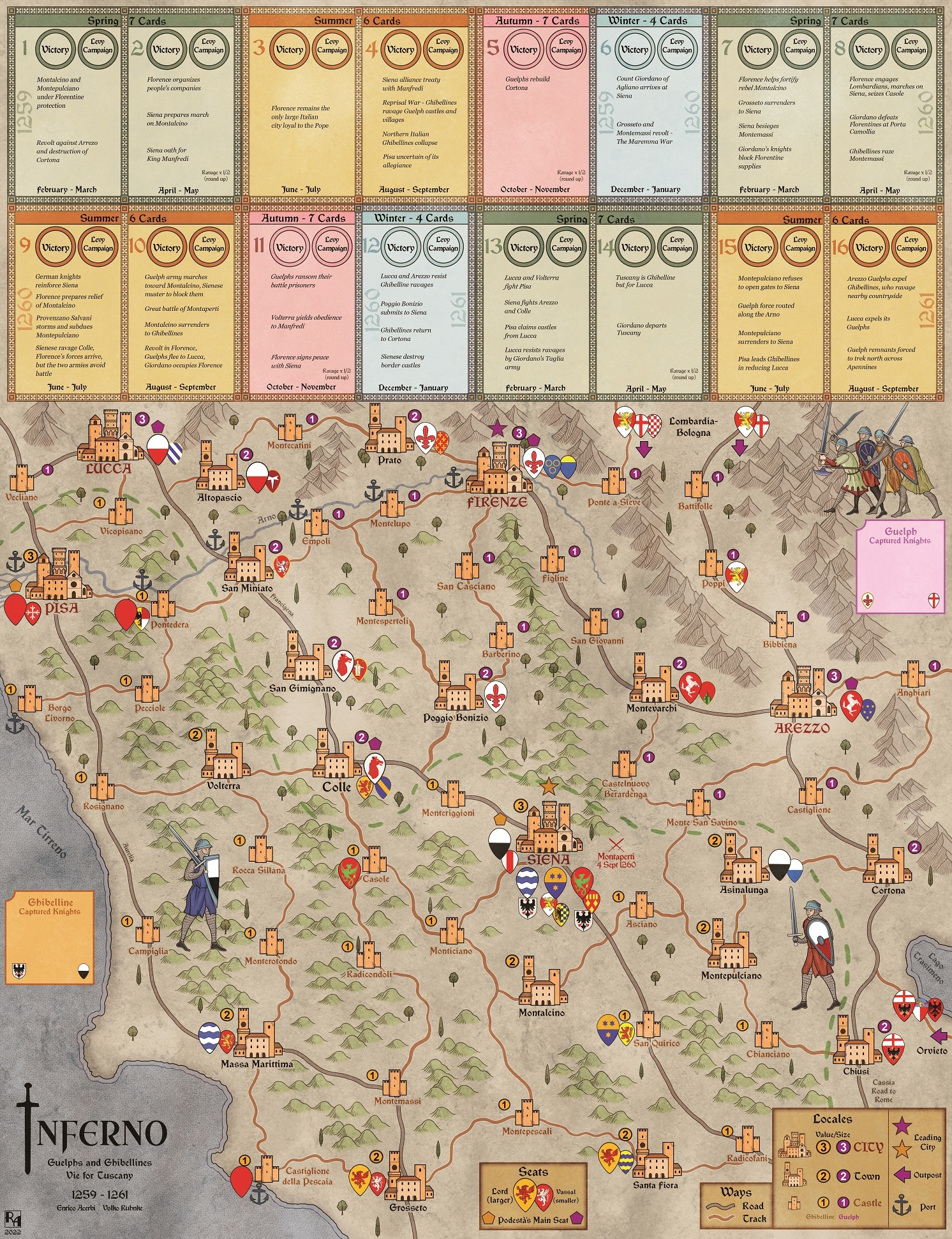