KEEP UP THE FIRE

Keep Up The Fire! is a solitaire game set in 1900 Peking, China. You are in command of the Foreign Legations (Ambassadors, their families, staff and small security forces) in the areas assigned to imperial powers and a relief column coming to their rescue. An anti-imperialist revolution is sweeping China and your presence has become the focal point of the Chinese “Boxers” (Society of the Harmonious Fists) and Imperial Manchu forces of the Qing Army who are angry and determined to expel all foreigners from China.

Outnumbered, outgunned, and besieged within a small compound in the heart of Peking, you must hold on and hope the relief column can get to you in time.

The game is a race against time as the Chinese forces besieging the Legation Compound are attacking relentlessly while the relief column battles its way to the rescue. With limited time and relentless attacks on the Compound, will you manage to Keep Up The Fire? 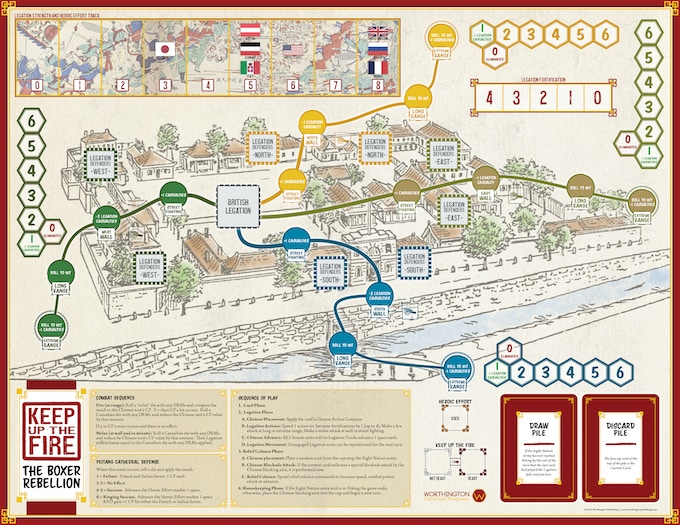 LARGE TACTICAL GAME BOARD OF LEGATION 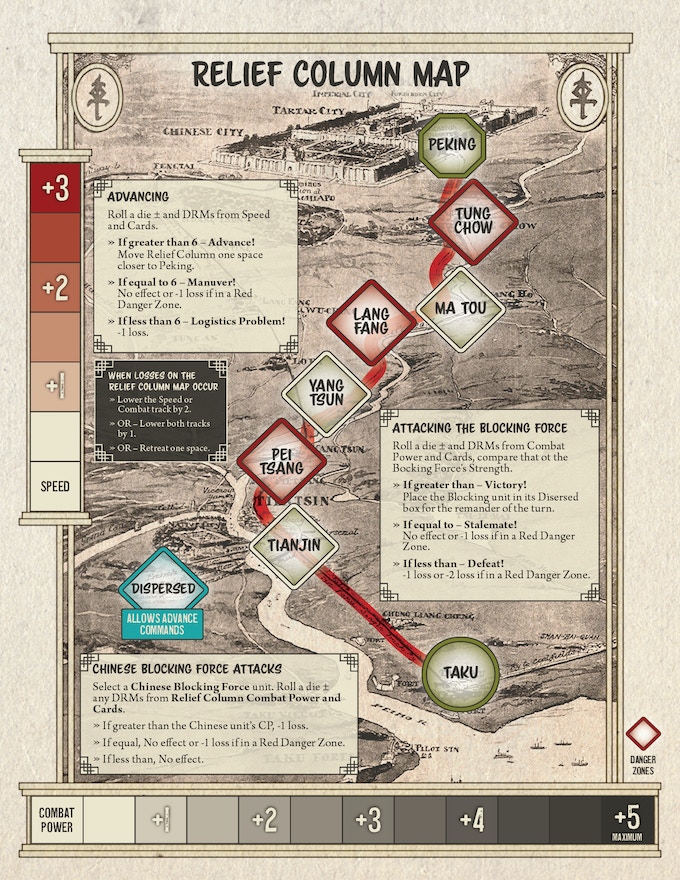 SMALLER STRATEGIC BOARD OF RELIEF COLUMN