How can we live in the same basket as the serpent? – Andalusian poet Ibn al-Gassal on the fall of Toledo

Al-Andalus, 1085. The western jewel of Islam had broken into pieces. The petty Taifa emirs who inherited the once-mighty Caliphate squabbled and fought, then paid the Christian lords Parias in gold to avoid fighting at all. Alfonso VI, Christian king of a unified León and Castilla, could now put his extorted dinars to work. He would muster a great feudal host—not merely for plunder but to rip out the heart of Muslim Spain. He would seize the ancient Visigothic capital of Toledo and with it the great central plain to declare himself imperator of all Iberia.

But Alfonso would find there was fight left in al-Andalus, as Christian strikes radiating from Toledo were too much for even the emirs in their pleasure palaces to bear. Al‑Mutamid of Sevilla, the strongest among them, would risk the Taifa dynasties’ independence and call to arms a Muslim force unlike any that the Christian Kings had faced. Granada and Badajoz would join him to invite the Almoravid fundamentalists in to save the Muslim faithful. Yusuf, Sultan al‑Murabitun, had secured his Berber empire in Africa and seized a port and fleet just across the Mediterranean strait from al-Mutamid’s Algeciras. A titanic campaign for Spain was set to unfold.

Almoravid, Volume II in Volko Ruhnke’s Levy & Campaign Series, takes us from Nevsky’s frozen northeast frontier to medieval Latindom’s opposite corner. The same base rules show the muster of lords, their levy of forces and capabilities, and their command of armies on campaign across 11th-Century Spain. But al-Andalus was not Russia: your lords will enjoy good Roman roads and gentler seasons but must bypass or smash against Iberia’s profusion of tough Moorish fortifications. Taifa politics and Parias tribute will guide your military strategy. African troops, bloodthirsty crusaders, the avaricious Cid—each may or may not make their appearance. And all will play out across a field half again as large as that of the first volume.

Lords of the Campaign 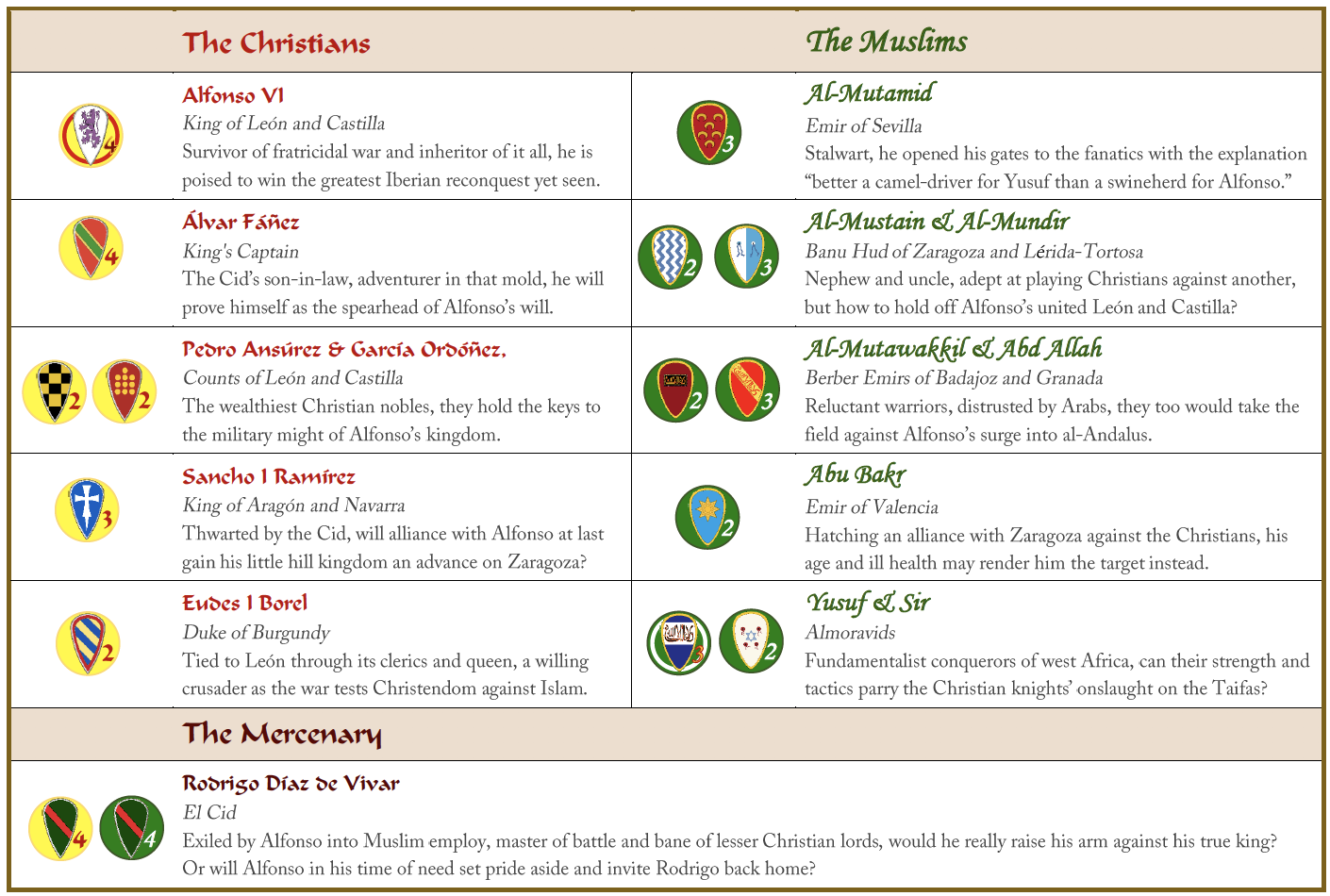