Salerno ‘43 is a regiment/brigade-level game on the Allied invasion of mainland Italy in September 1943. Two British and two American divisions land in the Bay of Salerno defended by the full strength 16th Panzer Division, which is soon reinforced by five other German mechanized divisions. For 8 days the survival of the beachhead is in doubt, and emergency measures are taken to reinforce the beachhead with the 82nd Airborne Division. With their counter-attack stopped and the British Eighth Army approaching from the south, the Germans withdraw their left flank to avoid being trapped. However, their right flank stubbornly holds back the British from pushing north to Naples. 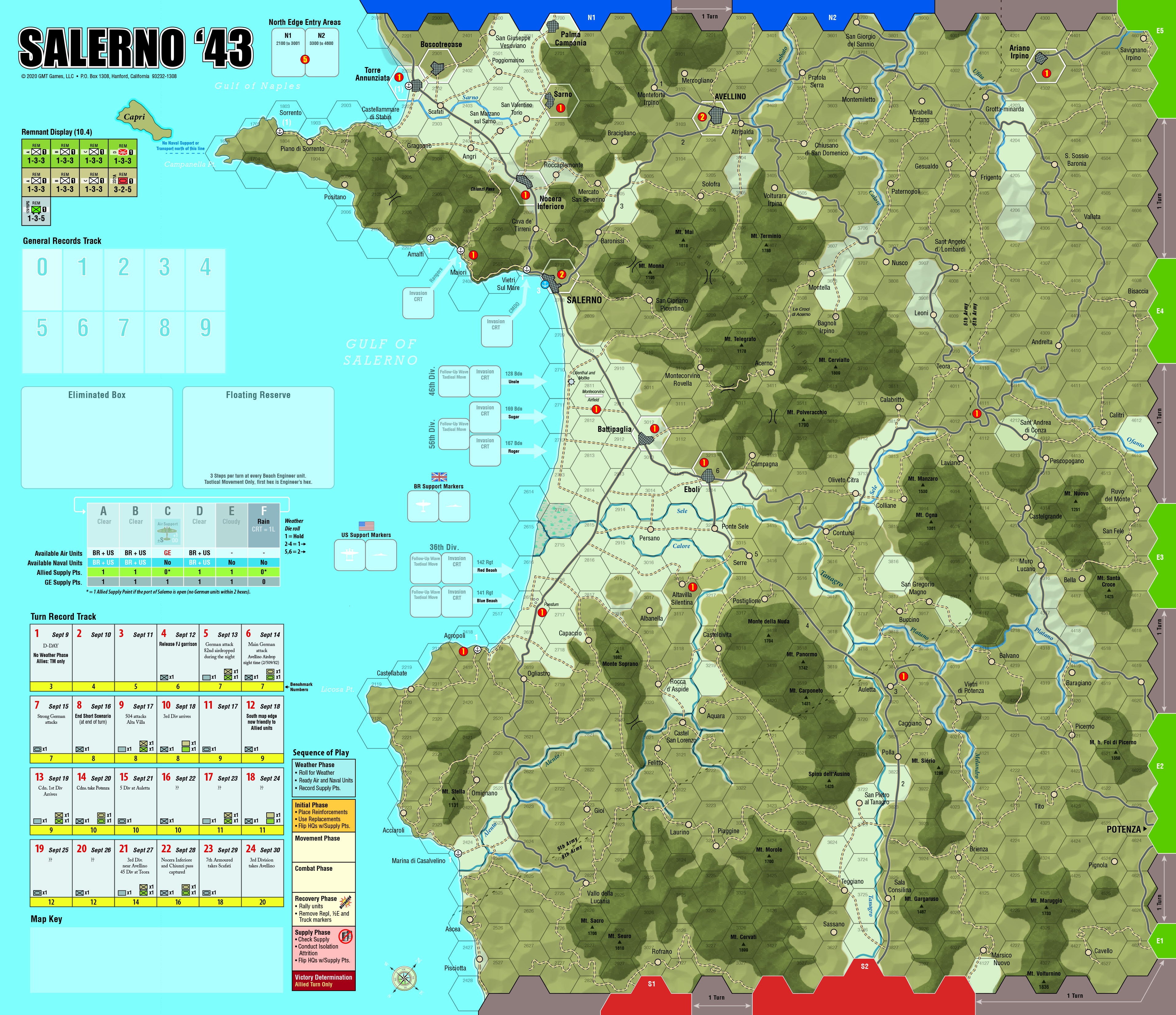 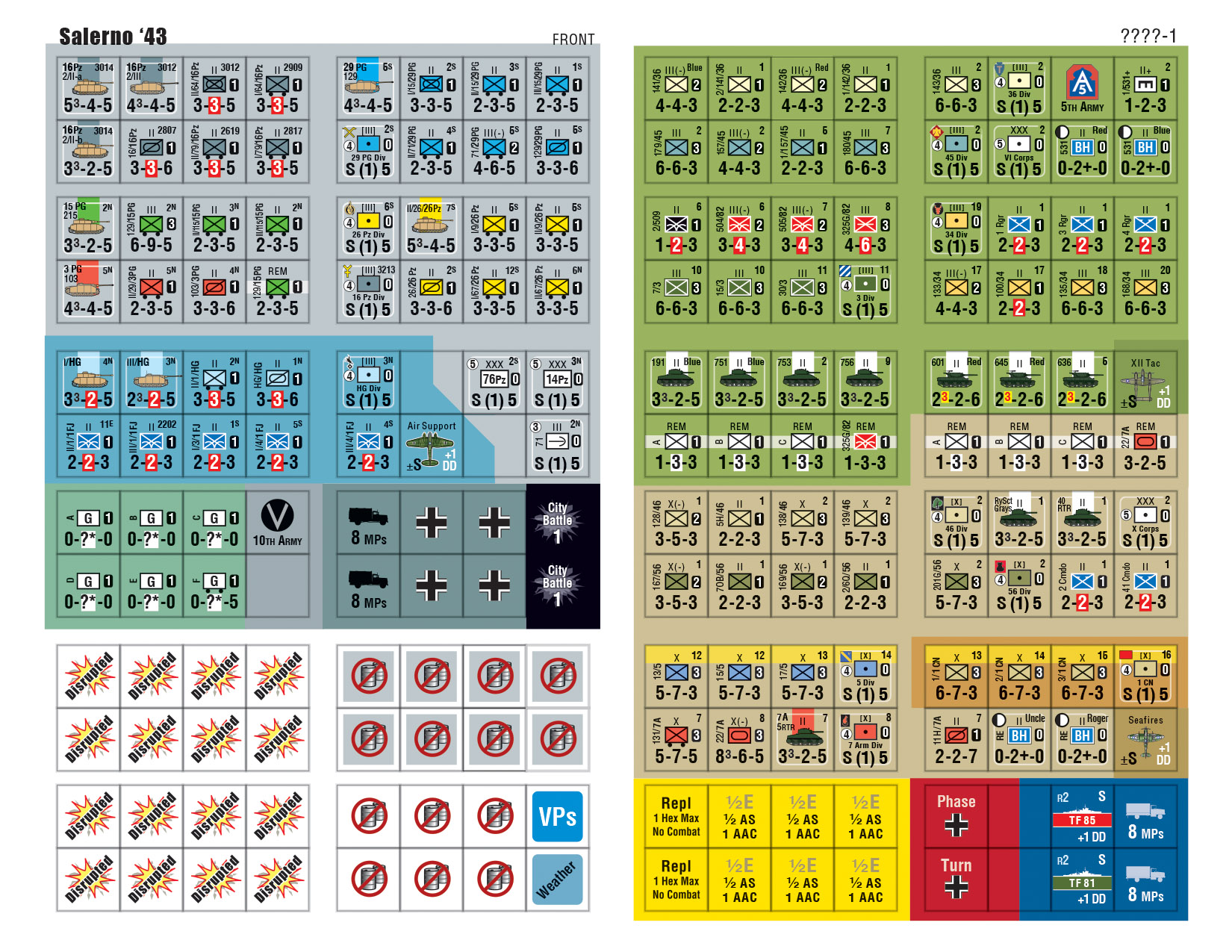 Counters and map are near final.

Salerno ’43 uses the exact same map, unit, and time scales as Normandy ’44, providing an excellent way to compare these two invasions. Salerno ’43 uses a modified Normandy ’44 game system. With a smaller size, the game is easier to learn and play than its predecessor.

Salerno ’43 includes two scenarios: an 8-turn Invasion Scenario and a 24-turn Campaign Game. In the Campaign Game, the Allies must exit the north map edge by the end of September 1943. The Germans must delay the Allies to give time for the construction of the Gustav Line further north. The 8-turn scenario can be finished in an afternoon. 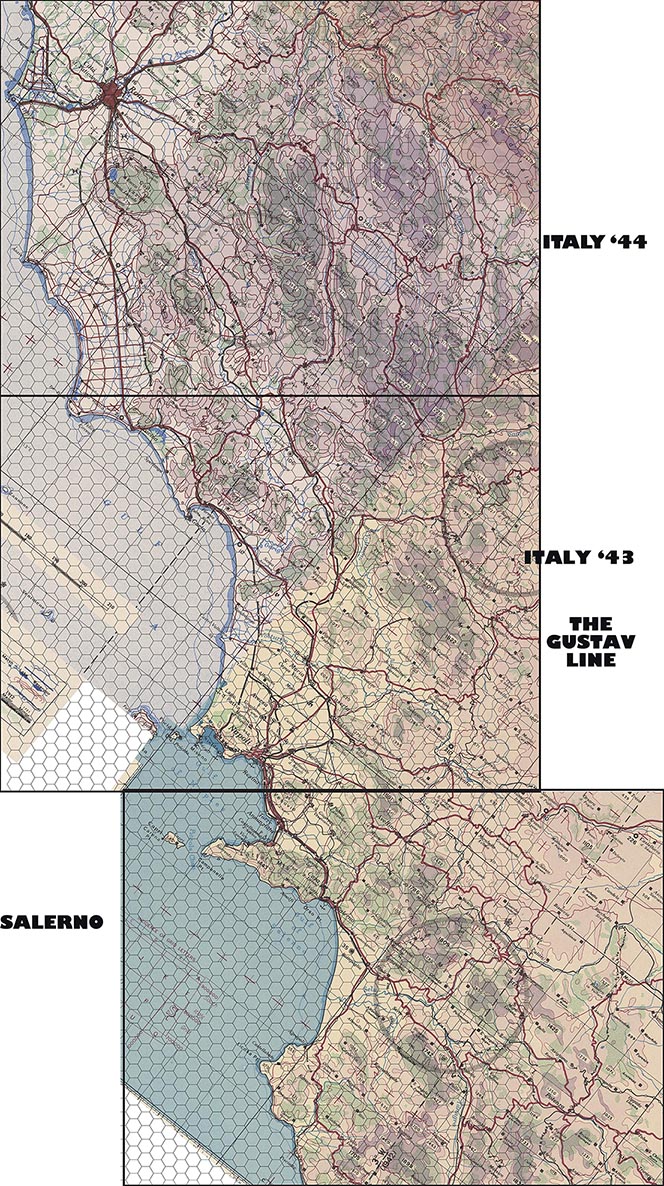 Plans are to make this the first in a 3-part series that takes the U.S. 5th Army to Cassino and Rome. 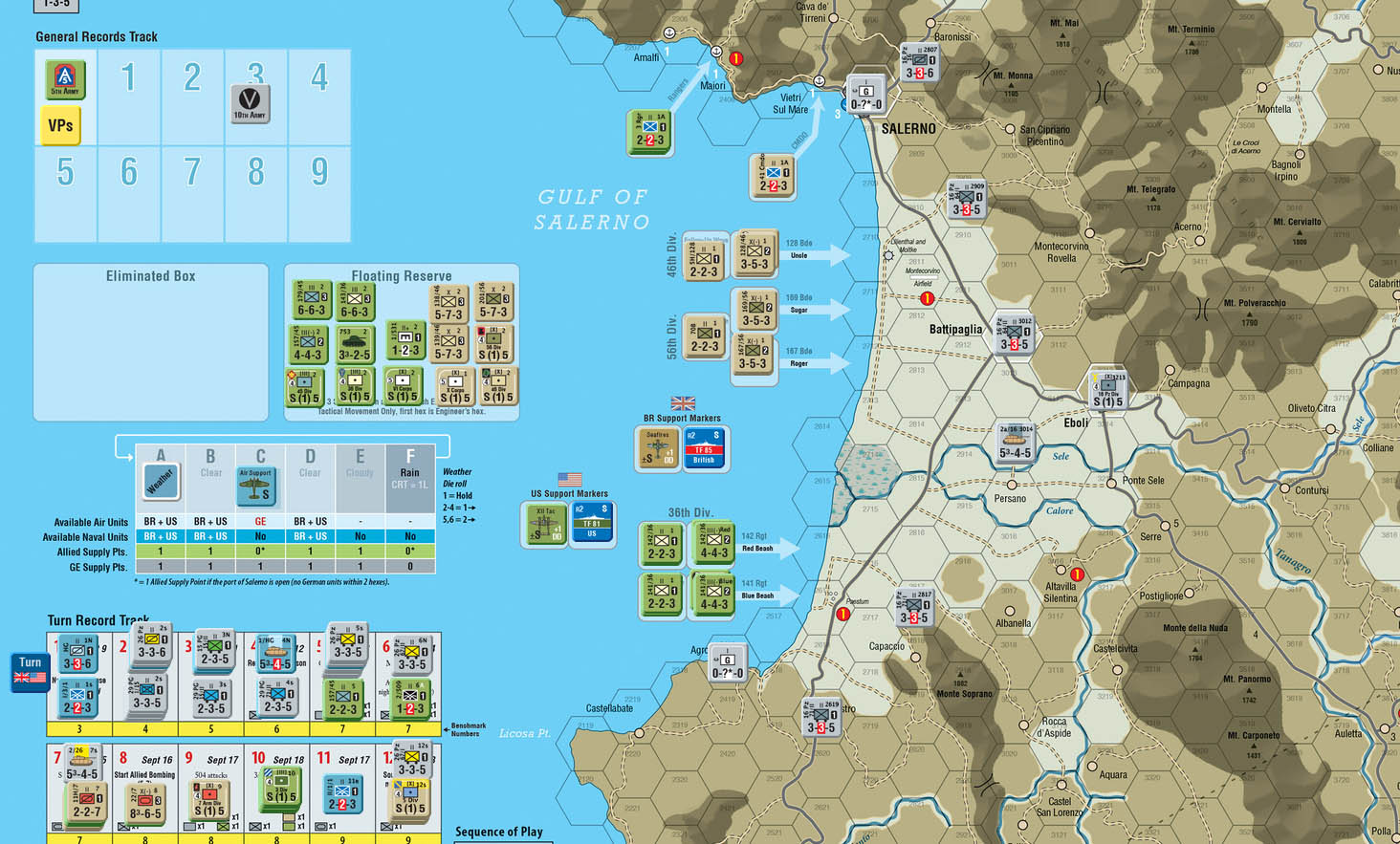 Vassal module image of the At Start positions