Skies Above Britain is a solitaire game depicting a Royal Air Force squadron of Hurricanes or Spitfires waging a desperate effort to disrupt and destroy German daylight bombing raids over southeast England in the summer of 1940. The player’s individual aircraft—each represented by a stickered block—must locate the incoming raid, intercept it, and evade or defeat swarms of escorting German fighters that usually outnumber you and whose pilots have superior experience and tactics. The game simulates the dogfighting and fighter-vs.-bomber action at an individual aircraft level using a card-assisted system that simulates key tactical decision-making without losing the feel of fast-paced aerial combat. A player can fly scenarios representing an individual patrol or use the patrol generator to create an endless variety of realistic individual patrols, multi-patrol campaigns, or larger campaigns covering the entire Battle of Britain. Each patrol will take a half hour or more to play, while a campaign can last anywhere between 6 and 28 patrols. 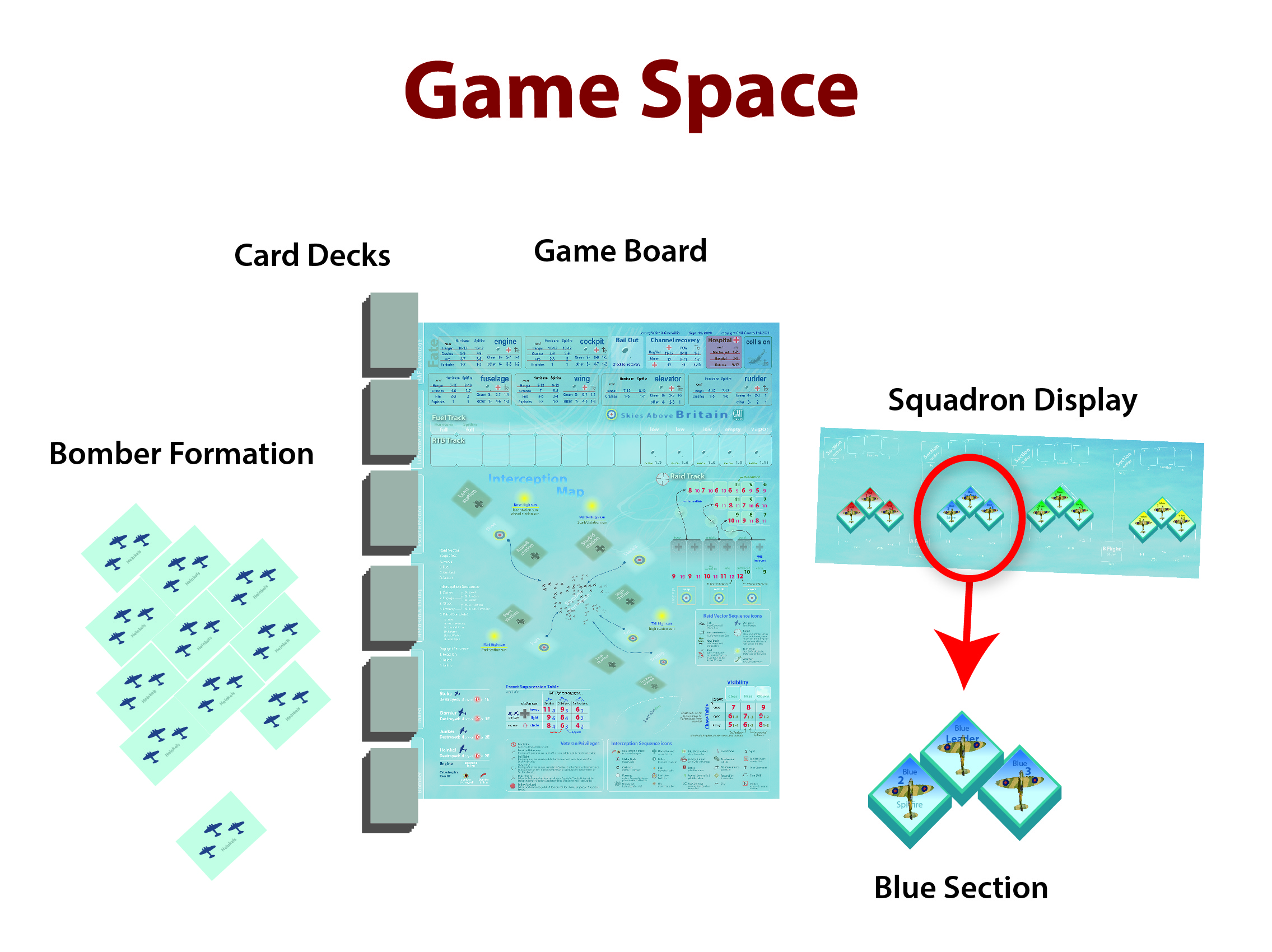 You select a roster of pilots with varying experience and skill levels. The squadron takes off, takes up a patrol station, and tries to locate and intercept a German raid before it reaches its still-unknown bombing target. Patrol success depends on your disrupting or destroying bombers and shooting down German fighters, but losses of your own pilots count against your score. You must weigh potential reward against risk as you try to keep your planes in contact with the bomber formation and each other, seizing opportunities for successive attacks before your fuel and ammunition levels get too low and the centrifugal forces of aerial combat scatter your unit across the sky. After each mission, you try to recover bailed out or injured pilots and get ready to scramble again—often several times in the same day—while your squadron faces the constant threat of exhausted pilots and excessive losses that could render it ineffective.

The patrol is played on several displays and surfaces at the same time, each one representing a different zoom level of the action in and around the bombing raid. An Interception Map presents the German formation as a lethal space of escort stations, where you can position your squadron for different approaches and assign planes to attack bombers or engage German escorts. Once engaged, moveable bomber tiles are positioned on the tabletop to show bombers in a variety of historical formations and cohesion states. Tiles allow the formation to literally break apart. Fighter blocks and escort markers on the tabletop show the ever-changing positions of attacking fighters and defending escorts. A separate squadron display shows the organization and cohesion of your squadron at a glance and tracks the relative positions of bogeys in relation to your planes during dogfights.

The game poses a series of questions: Will you strike the bombers from a high flank angle to get a safer shot or make a daring head-on attack to break their formation apart? Will you split your squadron to engage escorting Messerschmitts before they bounce you from out of the sun, or will you charge into the bombers hoping to get there before escorts get to your pilots? Unlike its predecessors, Skies Above the Reich and Storm Above the Reich, here the bombers are lightly armed and are at the mercy of determined interceptors. But the German escort is brutal, and their tactical formation of the Rotte and Schwarm are difficult to contend with. Skies Above Britain shifts detail from encounters between fighter and bomber to dogfights between fighter and escort. Your pilots are trained for the officially sanctioned “vic” tactics organizing your squadron into Sections of three aircraft. That gives the Section excellent firepower, but the Bosche is a nimble adversary. Getting on his tail does not guarantee success. Will your squadron leader gain the experience to be an innovator, allowing you to experiment with the more agile four-plane Section?

As tough as each mission can be, the real challenge is the campaign where you watch as your roster of pilots gradually shrinks. Some pilots will survive long enough to acquire ace skills, but you will be forced to replace downed or wounded pilots, and those young newcomers come “green.” Some campaigns will end because you run out of sufficiently experienced pilots and/or sustain too many losses in too short a time. 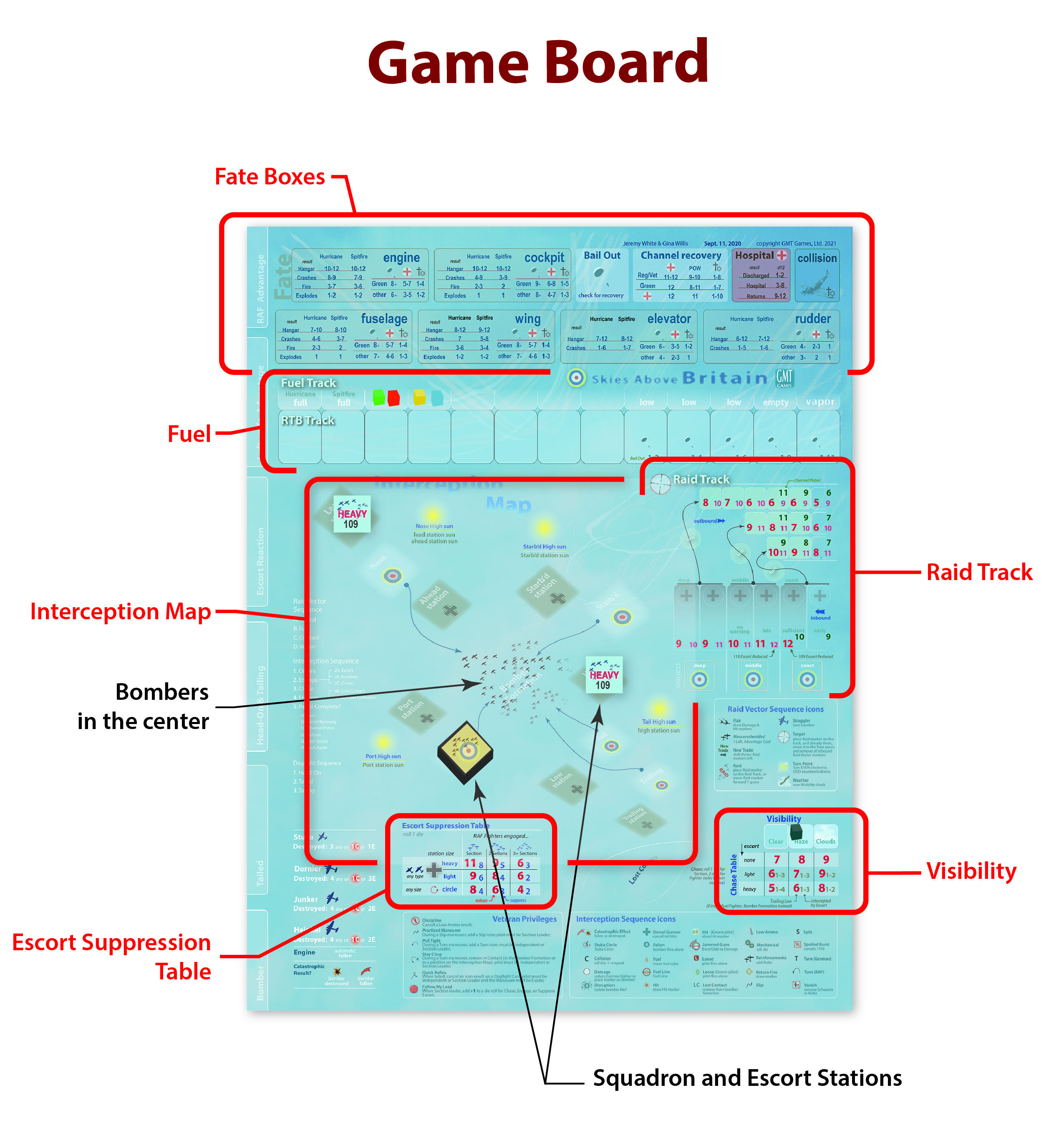 Full campaigns follow the chronology of “phases,” each representing a distinct period of the Battle of Britain and comprising a number of patrols that your squadron flies: Channel War, The Hardest Days, Peak Phase, and Late Phase. The patrol generator offers you the flexibility to play a shorter, single-phase campaign (6 to 8 patrols) or play two or more phases in order to make a longer campaign (12 to 28 patrols). A campaign will challenge you to keep your squadron intact while making an impact on the relentless wave of bomber formations roaring in from the English Channel. Each phase has its own post-patrol Random Events Table, featuring occurrences characteristic of that time period. The operating tempo of your squadron and the strain on your men will vary as the table tells you when you will have to scramble again—two days from now, tomorrow … or perhaps immediately, with barely any time to rearm and refuel.

“I think the evening raid was the worst in that one had already flown three or four sorties and probably lost three or four pilots, and you were reduced down in numbers. Then you had another go and one was getting tired.” — Denys Gillam, 616 Squadron, RAF 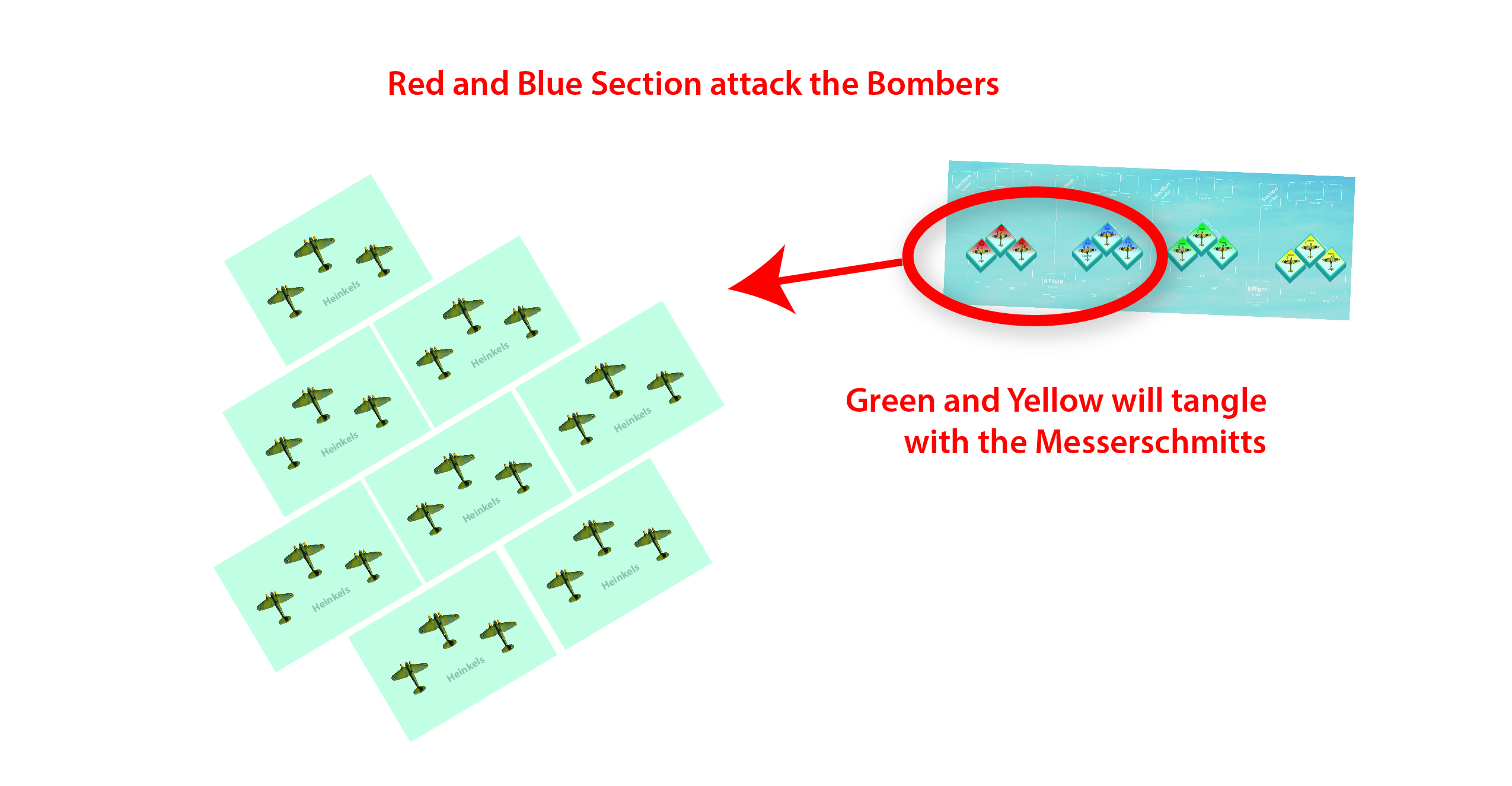 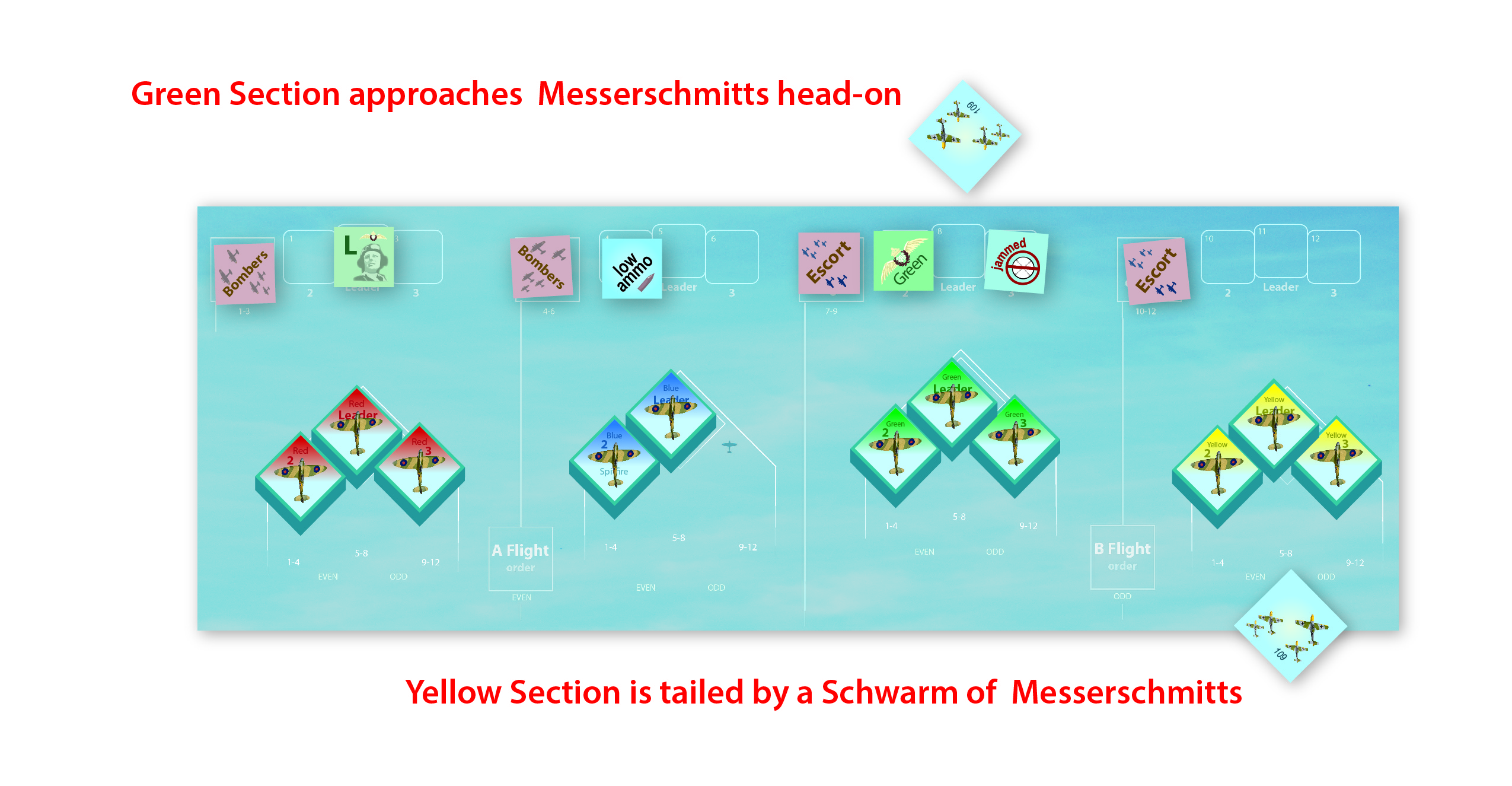 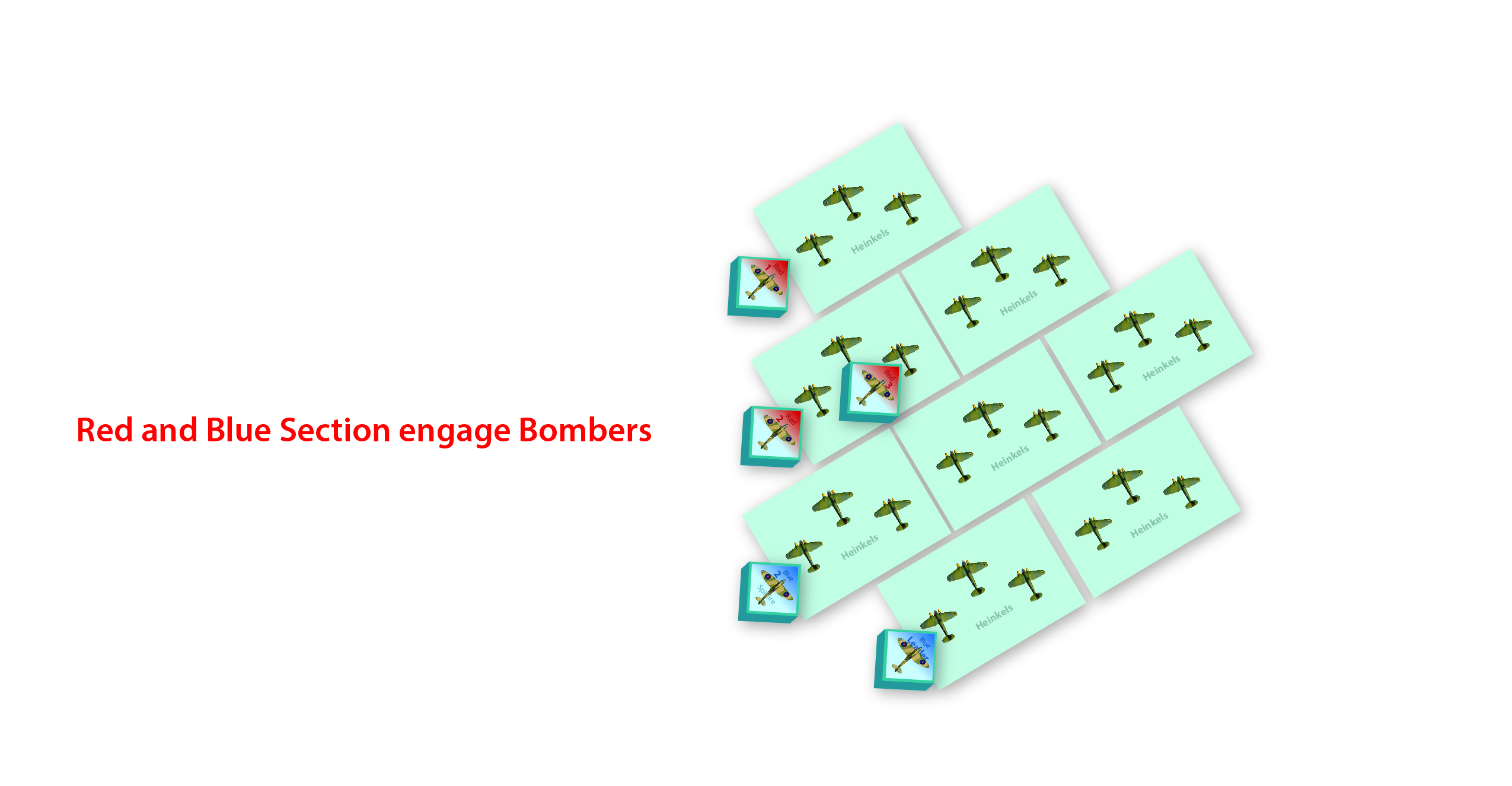 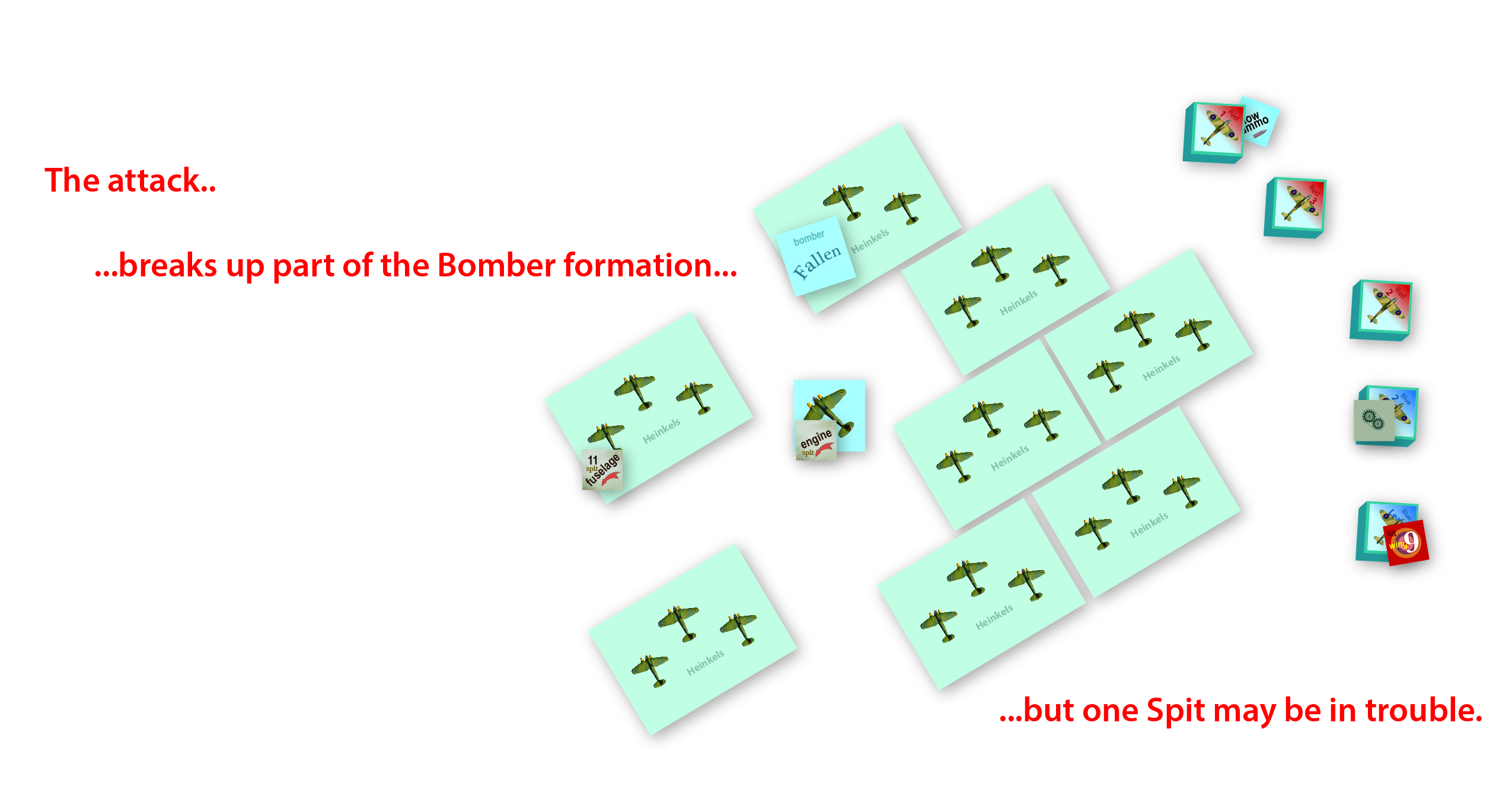 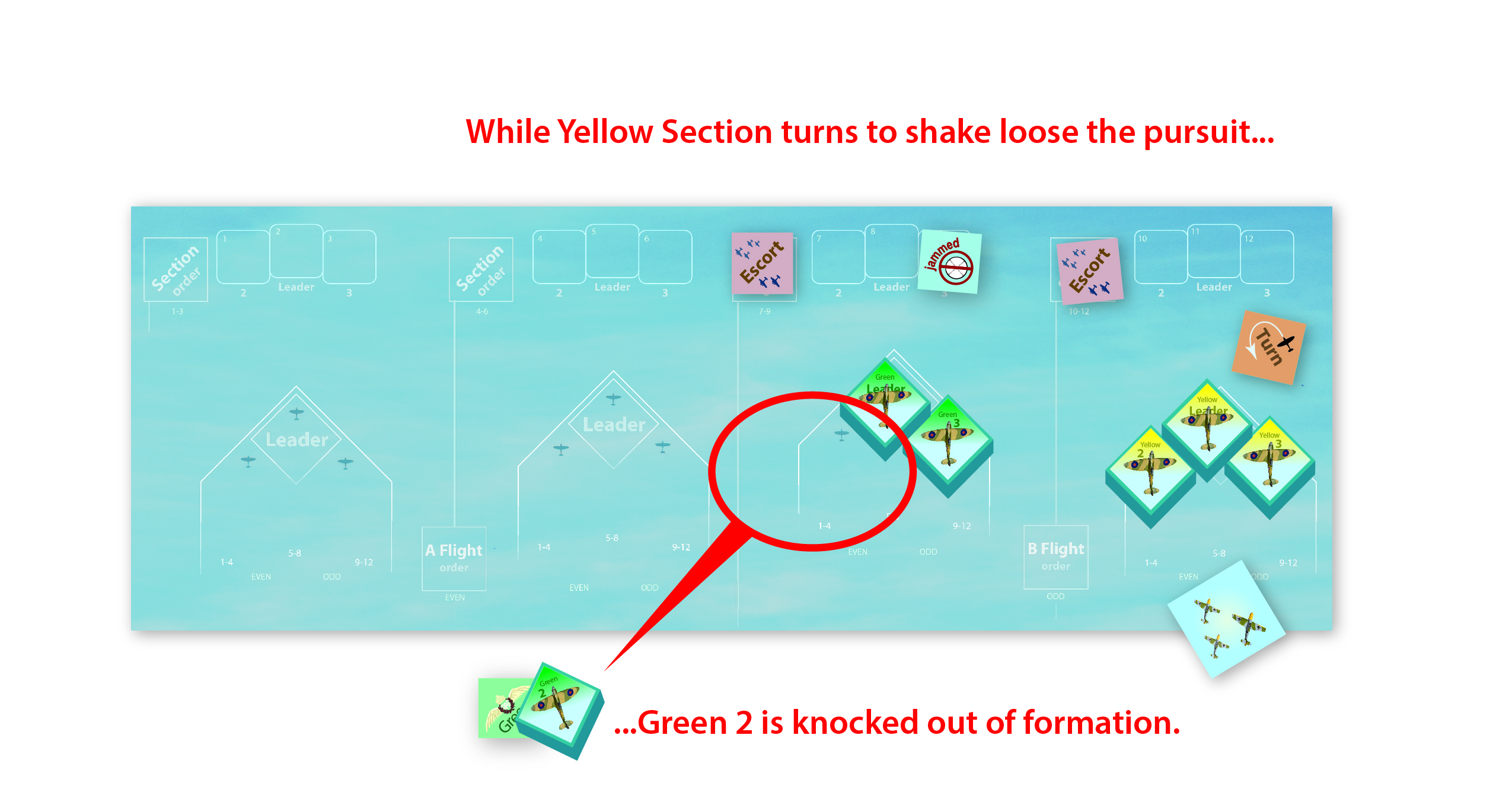 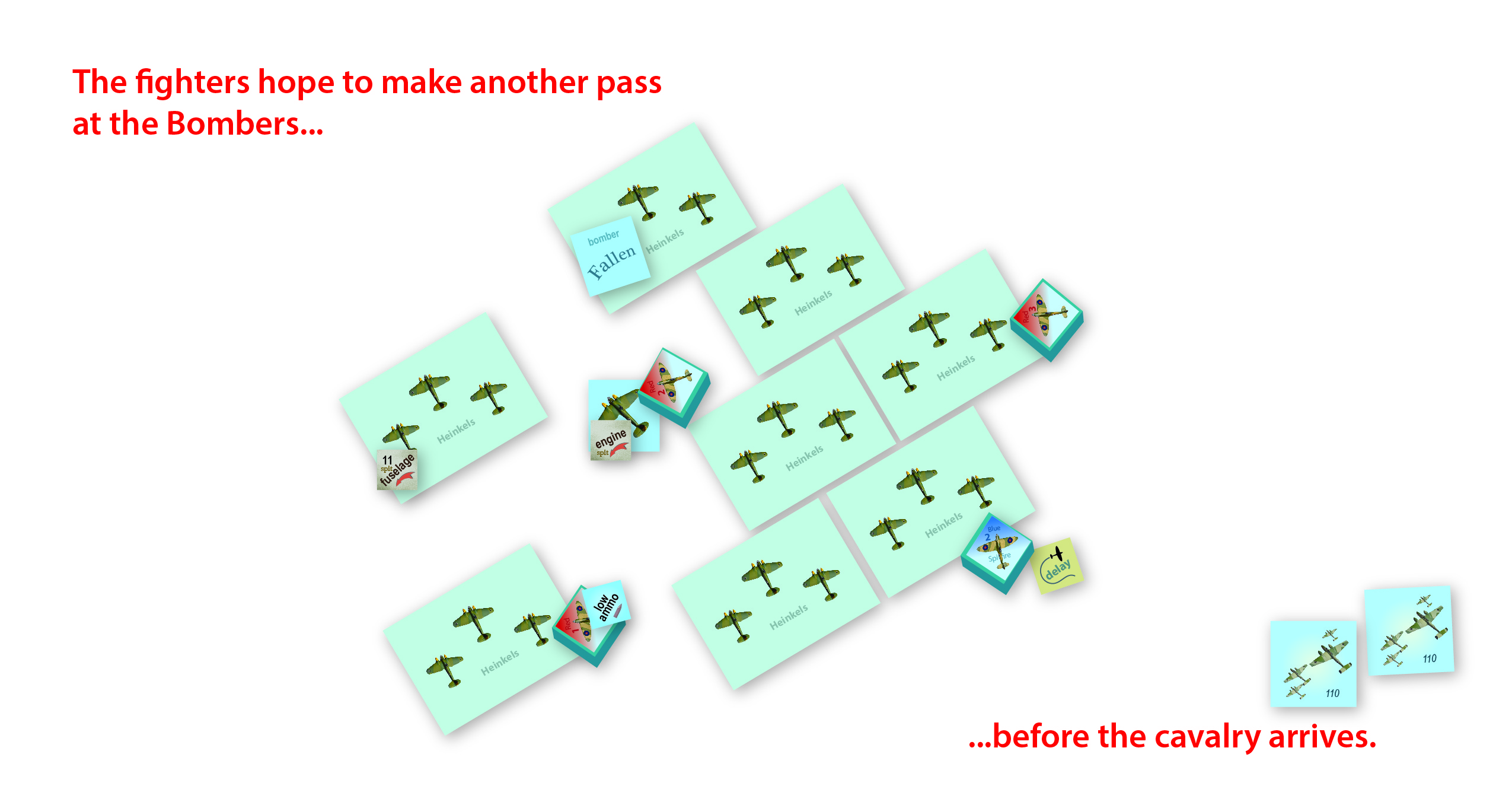 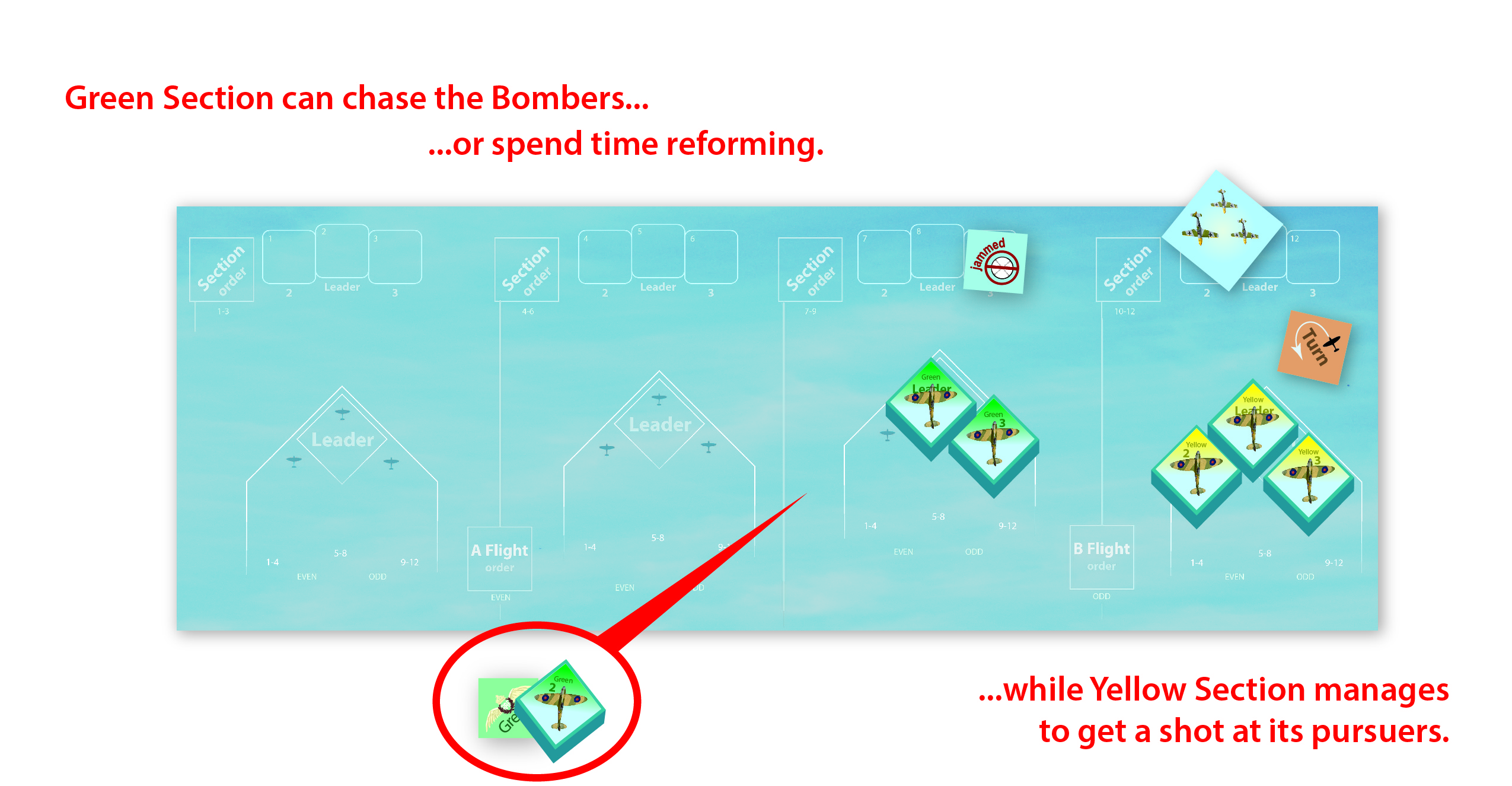