The flowery capital which we thought would last forever to our surprise is to become a lair of wolves and foxes. Lamenting the plight of the many fallen acolytes, Ii-o Hikorokusaemon-No-Jou read a passage:

Now the city that you knew
Has become an empty moor,
From which the evening skylark rises
While your tears fall.
– Ōnin Ki (The Chronicle of Ōnin) 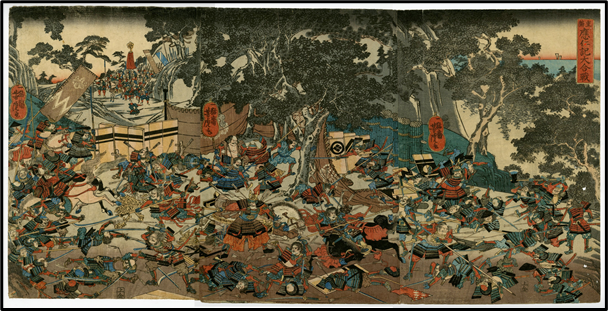 A battle during the Ōnin War

The Pure Land: Ōnin War in Muromachi Japan, 1465-1477 is Volume XIV of the COIN Series originally designed by Volko Ruhnke. It depicts a devastating civil war in 15th century Japan that reduced Kyoto to a smoldering ruin and precipitated the century-long warring states period—the Sengoku Jidai. Against the backdrop of this civil war between coalitions led by the Hosokawa and Yamana clan, the game also features peasant revolts led by the Jizamurai and religious unrest involving the Ikkō-ikki, the militant wing of the emerging Jōdo Shinshū (or True Pure Land) Buddhist sect. 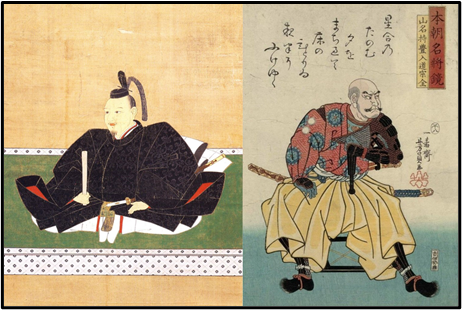 Hosokowa Katsumoto and Yamana Sōzen
The 8th Ashikaga shogun, Yoshimasa, was a contemplative man now known best for his patronage of the arts and his contributions to traditional Higashiyama culture. In 1464 he was considering retiring to a monastery, but, having no male heir, he decided to appoint his brother Yoshimi as his successor. Unfortunately, a year later his wife Hino Tomiko gave birth to a son, Yoshihisa, casting the succession into doubt. Yoshimasa assured Yoshimi that he was still the official heir, and Hosokawa Katsumoto endorsed this decision. However, Yamana Sōzen, perhaps seeing an opportunity to seize power or perhaps swayed by the words of Hino Tomiko, decided to endorse Yoshihisa as heir instead. The battle lines were drawn, and both daimyos set about building political alliances and gathering the forces of their supporters to Kyoto. The struggle for the shogunate was about to begin. 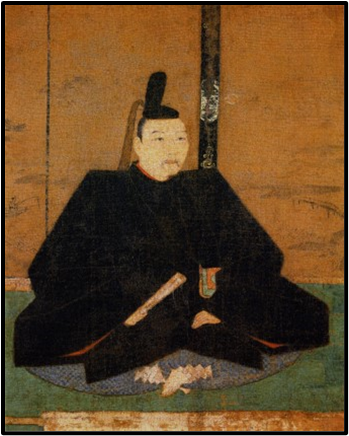 Meanwhile in temple halls and distant provinces, trouble of another kind was brewing. Minor lords known as Jizamurai could see that the shogunate and the established order that it represented was weak and began pushing for increased regional autonomy and tax relief. Their power lay not in military strength but rather in economic leverage and their closeness to the peasant classes, who would frequently revolt in support of these regional causes. Some of the descendants of these minor lords, such as the Mori and the Chōsokabe, would later become major players during the Sengoku Jidai (or Warring States) era in the 16th century. 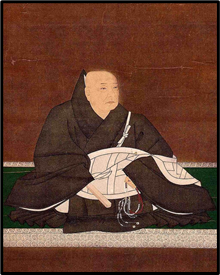 A more radical threat came from the Ikkō-ikki, or ‘Single-Minded League’, the militant wing of the emerging Jōdo Shinshū (or ‘True Pure Land’) sect. The Jōdo Shinshū subscribed to an extreme form of Pure Land Buddhism, according to which humanity is fundamentally corrupt and so salvation can come only through the direct intervention of Amida Buddha, rather than through prayer, meditation, or other acts of faith. This was understood by the Ikkō-ikki as granting them license to break established laws and traditions, which they believed did not have any spiritual significance. These teachings were suppressed as heretical by the more traditional Buddhist establishment, and the Ikkō-ikki encouraged revolts among peasants and nobles alike in order to defend their communities. Over the next century the Ikkō-ikki grew into a formidable political and military force, eventually governing several autonomous provinces until they were finally defeated by Oda Nobunaga in 1586.

The Ōnin War marked the beginning of a chaotic and bloody period in Japan’s history, testing the feudal loyalties and personal faith of all involved. Above all else, it was a struggle for power—between the Hosokawa and Yamana, between the Jizamurai and the established noble families, and between the Ikkō-ikki and the very institution of the Shogunate.

In the past there have been rebellions and disasters, but in this first year of Ōnin the laws of gods and kings have been broken and all the sects are perishing. 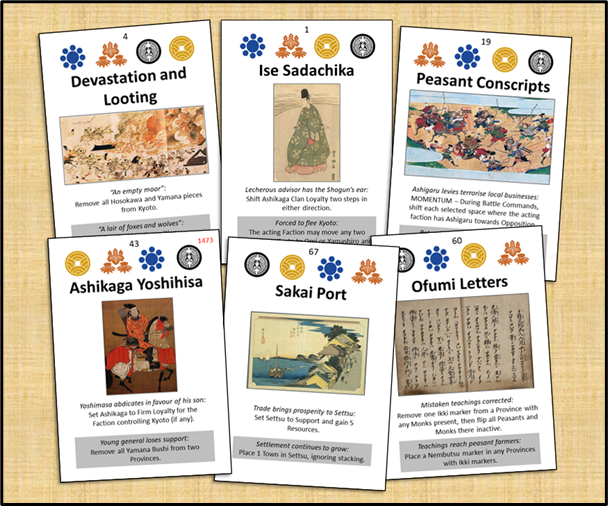